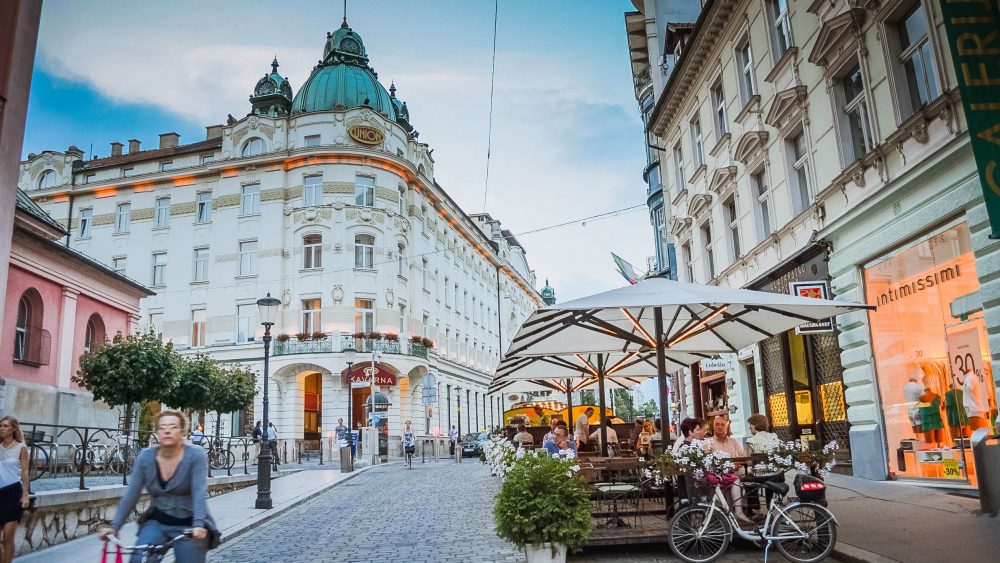 Saamah Abdallah, Happy City’s wellbeing advisor, recently attended an OECD advisory meeting discussing the use of wellbeing metrics in policy. In his blog, he reflects on evolving attitudes to wellbeing in different governments – particularly among those who hold the purse strings.

Four years ago, I worked on an international research project  identifying opportunities and barriers in the use of beyond GDP indicators (such as wellbeing) in policy. One of the barriers discussed by many people involved, from NGOs to governments, was the role of the treasury.

In the UK in particular, the Treasury is all powerful, determining which departments get how much, forcing them to think in pounds and pence. It sets the tone for the purpose of government: GDP growth.

Arguing that GDP growth may not be the magic bullet of policy has not gone down well in treasuries in many countries, or indeed within supra-national bodies such as the Directorate-General for Economic and Financial Affairs in the EU. A beyond GDP government would see the economic policy developed by treasuries as a servant to goals like improving health and protecting the environment, rather than simply driving growth.

Furthermore, given that treasuries have traditionally used a particular flavour of neoclassical economics which the beyond GDP movement has challenged, switching priorities would mean the economists that work in treasuries would have to admit that a lot of what they learnt at university, and the principles upon which they make policy, are wrong.

So, it might come as a surprise that treasuries or finance ministries in New Zealand, Italy and Sweden are leading the way towards beyond GDP policy frameworks, and all were at an OECD advisory group meeting on the use of wellbeing metrics in policy that I attended on behalf of Happy City recently.

New Zealand’s treasury has been quietly experimenting with its ‘Living Standards Framework’ for almost a decade, driven by forward-thinking former deputy secretary Girol Karacaoglu. Under Jacinda Ardern’s administration, the treasury has moved from merely measuring wellbeing to attempting to integrate it into policy. That includes developing techniques to integrate wellbeing into the analysis of policy and expenditure decisions. In 2019, for the first time, wellbeing considerations will be formally introduced in New Zealand’s budget.

It’s interesting to see how the approach has entered the public consciousness. David Cameron’s drive to measure wellbeing was met with some cynicism and derision in the UK, but the media response to New Zealand’s approach has generally been positive and thoughtful.

Plans in Italy are even more ambitious. In 2016, a law was passed requiring the ministry of finance to predict the impacts of each annual budget on 12 indicators from their statistics office’s Benessere Equo e Sostenibile (Fair and Sustainable Wellbeing) framework.

Some of the key people behind the initiative have been advocates for measuring subjective wellbeing but believe there isn’t enough evidence yet to predict changes in subjective wellbeing resulting from different policy scenarios – so this is missing from framework. But the range of indicators – including income inequality, obesity, an index of civil justice, and CO2emissions – demonstrates bold intentions which hopefully will mean that economic growth is not the only objective when the annual budget is set.

The initiative in Italy has had full support from the main partner in the ruling coalition, Movimento Cinque Stelle (indeed one of the members of the new government – Lorenzo Fioramonti – is a strong wellbeing advocate). More importantly, the requirement to model these indicators in the budget is in law, so it isn’t so easy to overturn from one government to the next.

Perhaps the most surprising initiative I heard was from Slovenia (pictured above). Within the last couple of years, the Slovenian Development Strategy has undertaken an impressive process to identify a set of 30 indicators to inform the strategy until 2030. Although Slovenia’s initiative is also led by a government body (the office for development), it has been more bottom-up than the treasury-led initiatives in New Zealand and Italy, consulting broadly with a range of stakeholders, including schoolchildren.

Aware that elections were approaching, the project leaders tried to strike a balance between setting some things in stone and leaving other factors to be defined by the incoming government.  They also spoke to all political parties prior to the election to ensure they felt their voices were heard in the development of the indicator set, and to get their commitment to the strategy after the election.

In terms of actually implementing alternative indicators into policy decisions, Slovenia is still behind New Zealand and Italy (and indeed other countries such as the UK and France). Nevertheless, it’s incredible how far they’ve come so quickly, and the indicators selected in the strategy are being integrated into other government processes. Furthermore, by taking a broad bottom-up approach, one would hope they have built a strong basis for future work.

Slovenia is part of the WE-All coalition of countries (alongside Scotland and Costa Rica) that have pledged to champion wellbeing as the goal of development. It’s a long road, and not everyone on it is trying to get to the same place. Even so, the OECD meeting has given me more hope that we are still, despite everything, moving in the right direction.

Happy City’s focus is local, not national, but the two levels are inevitably linked. For example, in Wales, we have seen how the Well-Being of Future Generations Act – which imposes a duty on local authorities to enhance the wellbeing of their residents – has created a positive impetus among some local authorities. Meanwhile, the exciting national developments in Italy can be linked to a regional level initiative called QUARS, which began in 2004 by measuring a set of alternative indicators in Italy’s regions and some cities.

From the treasury to the town hall, wellbeing is shuffling forward.

Saamah has worked with Happy City since 2012 contributing to the development of the Happiness Pulse and the Thriving Places Index. Until 2016, he worked at the Centre for Wellbeing at the New Economics Foundation.  Since then, he has moved to remotest North East Germany where he combines his work on wellbeing with a PhD on the relationship between commercial advertising and nationalism.