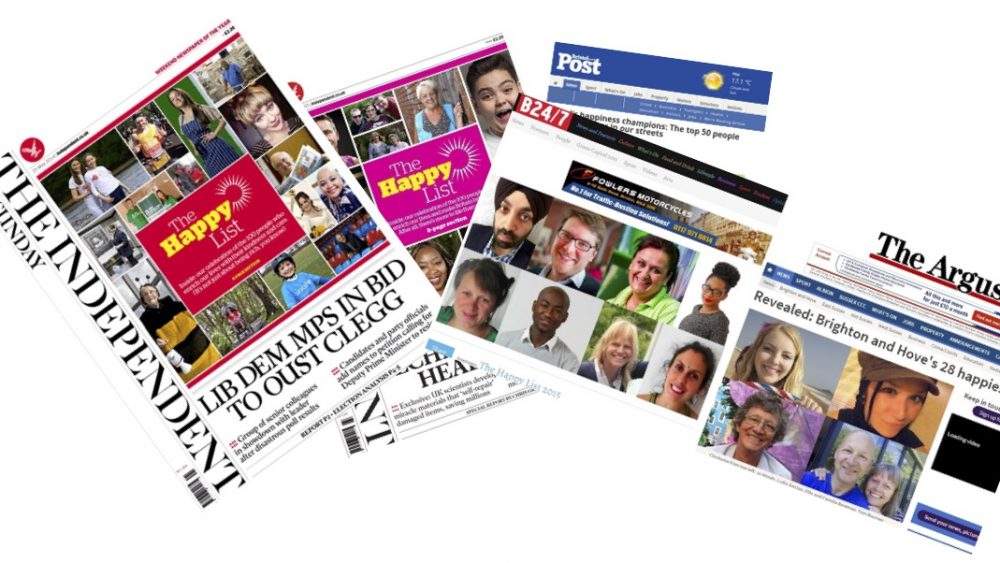 Happy Lists were born out of a need to provide an antidote to the rich/celebrity lists which worship at the shrine of the wealthy, the bonus-getters, and the tax avoiders.  In 2008 David Randall decided to create a national HappyList for the Independent on Sunday which would honour a different set of values.  As a direct riposte to The Times Rich List, he named  people who, without thought of personal gain or recognition, do so much to make their communities better adjusted places to live, making their cities and

Inspired and supported by David and with the consent of the paper, Happy City adapted the idea to produce the first place-based Happy List in Bristol in 2013 and with the help of the Bristol Post and BBC Radio Bristol. Since then, we’ve transformed the initiative from a feelgood celebratory listing into something deeper rooted and much more significant.  Here’s how the benefits of the original list stack up:

You can see Bristol’s 6th HappyList here, and here’s a picture of Brighton’s coverage of their fourth list from 7th November 2018.  All of the Happiness Champions are in ‘Halls of Fame’, one for Brighton here and one for Bristol here.