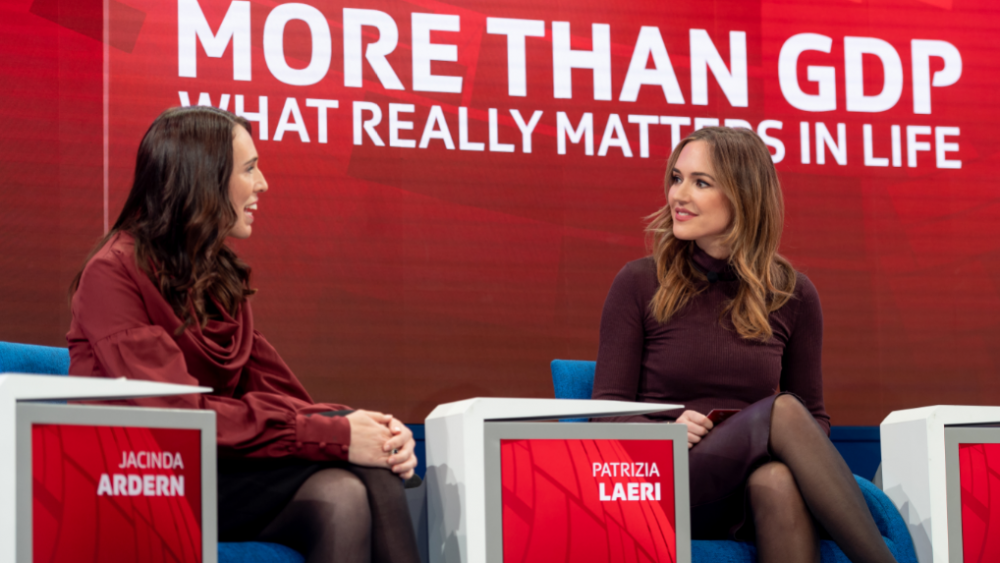 Why is it that almost all the radical approaches to delivering a new economic vision are being led by women?

From Jacinda Ardern in New Zealand to Nicola Sturgeon in Scotland, there is a North-to-South shared agenda calling for wellbeing to be put at the heart of government thinking.

Here in the UK, of the five largest national parties, only the two led by women have come out in support of the fast growing ‘wellbeing economy movement’ that is challenging the foundation stones of our economic and social systems. In July this year, Caroline Lucas called on parliament to take seriously the urgent need to move ‘beyond GDP’ in our measures of progress and to better assess and prioritise the wellbeing of people and planet. Yesterday, Jo Swinson used her first party conference as leader to announce that the Liberal Democrats would introduce a Wellbeing Budget to tackle climate change and social inequality.

And this trend goes beyond the headline makers.

Having led a pioneering wellbeing economy organisation, Happy City, for the last 10 years, I have seen this pattern repeated at every level and around the world.  Within global organisations like OECD to national ones like ONS, it is women who are leading on the serious work being undertaken to challenge the central role of GDP as a reliable measure of societal progress.  NGOs and campaigning organisations, such as Wellbeing Economy Alliance, Positive Money, Doughnut Economics and New Economics Foundation, all have powerful female leadership blazing a trail for a new way to do policy and practice.

What began as a personal curiosity about an emerging pattern, is fast becoming a blindingly clear thread running through the wellbeing economy movement.

There is, however, a real risk that policy makers and the media may once again fall into the misogynistic pothole some of our current leaders seems to keep disappearing down.  Whenever ‘wellbeing’ or ‘happiness’ are mentioned it is usually alongside a slight snigger about anyone serious wasting their time thinking about such frivolities. The notion that suggesting a Minister for Happiness, or a Wellbeing Budget might be the action of a ‘big girls’ blouse’ is so far from the truth that our politicians, institutions and media giants need to catch up.

Increasingly, economic heavy-weights and leading environmentalists are pointing to wellbeing economics as the only way to address our current social and environmental crises.

This is no fluffy stuff.  It is one of the most urgent actions of our time, and women leaders need to be supported for their courage in stepping up and saying so.  I for one, am with them every step of the way.