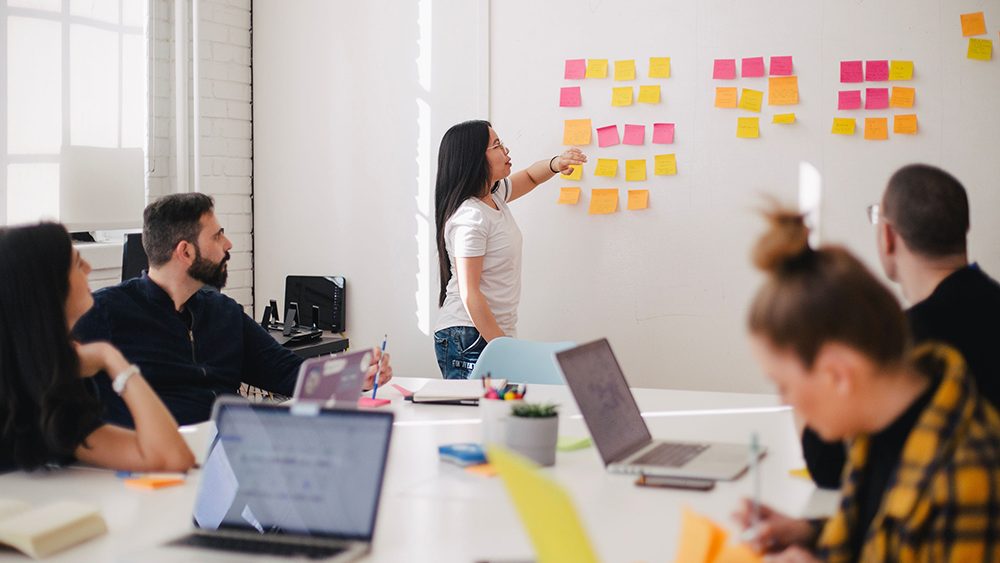 We’ve designed the Thriving Places Index (TPI) to show whether an area is creating the conditions for people to thrive, within environmental limits and in a socially just way. Unlike other data sets relating to wellbeing the TPI takes a holistic approach and shows that a broad range of conditions need to be in place for somewhere to thrive.

Because the TPI focuses on the drivers of wellbeing, comparing it with other data sets can help to shed light on why certain places have higher levels of wellbeing. Which is why it’s been used by the Office for National Statistics (ONS) to add context to their annual wellbeing data bulletin. Here we look at a couple of examples where the TPI can help us to understand income and employment data.

Every year, the ONS publishes average personal wellbeing for each local authority in the UK. This is measured using what is typically referred to as the ONS4, four questions that cover happiness, life satisfaction, how worthwhile the things you do in life are, and anxiety. When the latest ONS data was released in October, Ribble Valley in Lancashire came out with some of the highest scores for subjective wellbeing.

On a scale of 0 to 10, Ribble Valley residents scored an average of 8.30 when asked by government surveyors about how happy they felt. This compared with an average of 7.56 for the country at large. In a Guardian article about the ONS scores where Ribble Valley is ‘officially named the UK’s happiest place’, residents describe some of the things they love – the countryside, fantastic restaurants and easy commutes for those working in the city.

When we take a look at Ribble Valley’s scores on the Thriving Places Index we can see that in the headline element Local Conditions they do score very well overall – getting particularly high scores in the subdomains of local environment, local business and safety. So in this aspect the TPI and the ONS scores support each other.

But the Thriving Places Index also shows how equally the conditions for wellbeing are being delivered, and how sustainably as well. In the equality element, Ribble Valley scores particularly low on income equality between genders. The ONS use data from the Annual Survey of Hours and Earnings to calculate the gender pay gap, and in the latest release from November, it can be seen that Ribble Valley has the highest gender pay gap in England. Women earn, on average, 49.6% less than men.

From this we can see average wellbeing can mask inequalities and that even if  the conditions for wellbeing are in place they may not be equally accessible to all. Using just one metric to rank local authorities doesn’t reflect the nuance that exists. Whilst it’s clear that conditions in the Ribble Valley do support wellbeing, there are still some challenges to meet.

Creating a measure that captures how employment is related to wellbeing could be approached quite simplistically. For example, many datasets measure levels of unemployment or income, reaching the conclusion that higher incomes or higher levels of employment equate to better wellbeing.

Whilst it’s true that employment and income levels are important determinants of wellbeing, they aren’t the whole picture and the conditions that people are working in matter for their wellbeing as well.  When local authorities might have similar levels of unemployment or have high employment levels with low wellbeing, it can be helpful to look at what constitutes ‘quality work’ and how this differs from area to area.

The Thriving Places Index takes a more holistic view – asking not just if people are in employment – but what makes a good job. The indicator that we use to produce the score for our ‘Employment’ sub-domain takes into consideration:

By combining these factors, we can measure the percentage of people in each local authority that have jobs that pay enough, are secure, and provide an appropriate level of working hours.

We take a similar approach in developing the indicator for our unemployment sub-domain where we calculate a measure called ‘unwillingly out of work’ that takes into account whether people who are economically inactive (i.e. not seeking work) would actually prefer to be employed.

Just characterising people as economically inactive (not part of the potential labour force) or unemployed (part of the potential labour force and looking for work), doesn’t take into account the fact that even people who are not actively seeking work might prefer to be earning if their circumstances allowed. Working also brings other wellbeing benefits in addition to those connected to financial security, so those who are economically inactive, but would like to be working may be missing out on more than just money.

This approch gives a more nuanced perspective on how people relate to their income level and employment and a better opportunity for analysing what can be done at a local level to support wellbeing.

Even some very high scoring local authorities struggle to do well on the good jobs sub-domain. Devon, for example which came top overall in the 2019 Thriving Places Index, has a low percentage of people unwillingly out of work, yet scores very poorly on the good jobs subdomain. This means that Devon has good levels of employment according to both standard metrics and ours, yet employment conditions in the area aren’t necessarily supporting wellbeing.

The ONS recently published a release on job quality indicators in the UK,  which captures similar factors, showing that the need for more holistic measurement of employment is being recognised more widely. However, ONS do not use the living wage, instead opting for ⅔ of the median wage which is significantly lower. Overall it’s clear that focusing on wellbeing isn’t a quick fix – it’s a complex concept that requires a comprehensive and forward-thinking approach.  The Thriving Places Index is designed to help make sense of that complexity and support pioneering places to deliver this approach.