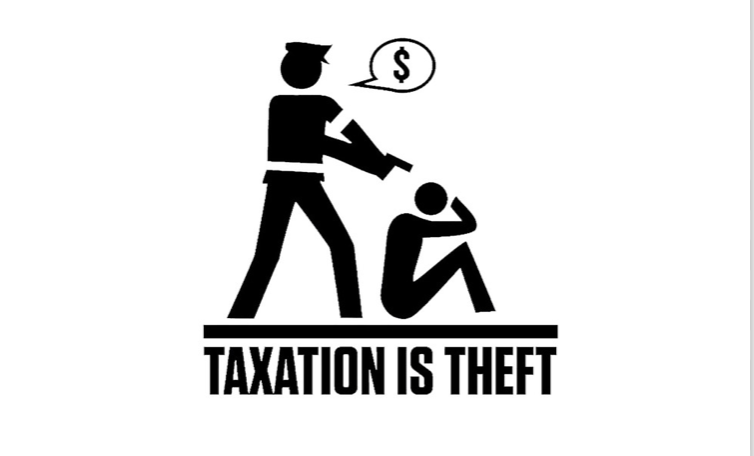 The morality of taxation

If we want to truly flourish as a community, do we need to rethink the idea that governments are taking ‘our’ money when they tax us?

It can often be hard to shake off a pang of resentment when opening your payslip. You’ve worked hard, you’ve made your contribution to society, and your reward for all your efforts, your pay – indeed your property – has already had a chunk taken out of it by the taxman.

We might try to reconcile ourselves to the invasion of our pay-packet by considering taxes as a kind of government organised ‘Groupon’- by clubbing together we all (we hope) get a better deal on services like health and education than if we each had to pay for them individually.  We all need to contribute to the infrastructure – roads, transport, communication networks – that enables us all to do our jobs, and get paid.

We might further console ourselves by noting the high level of coincidence between those societies that tax highly and those societies whose members are judged to be happiest. Taxes are a good thing, because they enable governments to invest in making our society a better place to live.

But people choose to ‘Groupon’. Taxes are, of course, not voluntary: if you choose to pay privately for health and education individually, you don’t get to opt out of the group scheme. Why should the government be entitled to take your money away from you and spend it on others?

Indeed, politicians and voters alike tend to think of taxes in terms of the government taking money that belongs to us. Margaret Thatcher aptly summed up this attitude, when she famously pronounced, ‘There is no public money, only taxpayers’ money’.

Political discourse has become so obsessed with the idea that the government is taking and spending ‘our’ money, we seemed to have stopped thinking of ourselves as citizens and replaced that idea with taxpayers. Governments are preoccupied with how much their spending programmes cost the taxpayer, rather than how much they benefit their communities. We start to resent those who don’t pay in as much as we do, and resent paying for services we don’t ourselves use.

Indeed as ‘taxpayers’ we have an overdeveloped sense of moral entitlement to the entirety of what we earn. Philip Goff in his powerful and informative essay suggests this way of thinking, while almost universal, is confused and, indeed harmful, because it’s ‘a major stumbling block to economic reform, causes low and middle earners to vote against their economic interests, and renders it practically impossible to correct the economic injustices that pervade the modern world.’

He suggests that the influential libertarian views underlying this attitude – on both the right and the left – hold that we have a least a basic right to ‘own’ the fruits of our own labour. So anyone who tries to deprive us of this, by denying us a portion of our gross income, are infringing our natural rights. They are criminally stealing from us!  They idealise a free-market ‘utopia’ where states do not intervene in our lives at all. Here, people get what they deserve – and deserve what they get – because they have made voluntary choices about what to do with their lives, and the free market ‘justly’ apportions wealth in a way that reflects those choices.

In the real world, however, all states intervene in our lives in one way or another and we rely on those interventions for our livelihoods. Even the libertarian self-made entrepreneur (with her own medical insurance and private education) will depend for her success – her profits – ‘on infrastructure, roads, rule of law, and an educated and healthy workforce’.  These are benefits that the state has been able to provide because its citizens have made a contribution to the national pot. If she believes she should be entitled to the whole of her profits, and taxation is theft, then she must also agree that she has made her profits by benefiting from the property that the state has stolen from everyone. And she has no moral right to the proceeds of criminal activity.

We need to stop thinking of our money as purely ‘ours’ and remember that our personal incomes only now exist because of the collective contributions of society at large.

The government has a responsibility to spend the proceeds of taxation wisely – but not because it is ‘our’ money, but because we citizens elected them to act in our best interests.