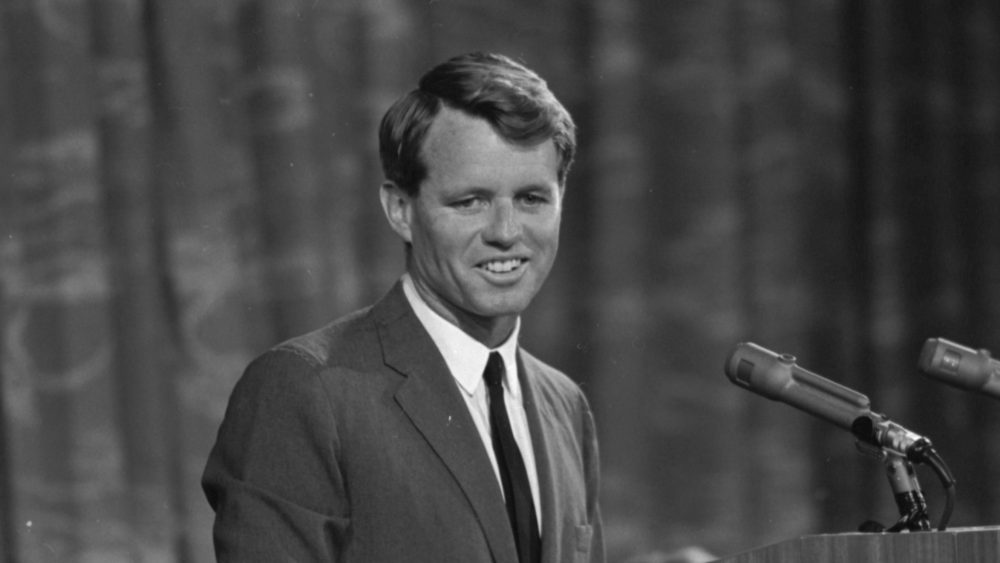 If Kennedy could change, so can the rest of us

On 5 June 1968 US Senator Robert Kennedy was shot in a Los Angeles hotel. Since his death RFK has been revered and romanticised as a rightful heir to the presidency and a trailblazer for justice and civil rights – the perpetual scrapper who grew up with diplomats but fought for the poor and oppressed.

The truth is of course not that simple. It’s easier to make Bobby a martyr instead of accepting the complex, sometimes unsavoury character he really was.

As Attorney General, Kennedy helped organise the March on Washington for Jobs and Freedom – the march that saw Martin Luther King proclaim his dream for America. But Kennedy also authorised a wiretap on King. He’s known for his role in passing the 1963 Civil Rights Act – but he started his career as an assistant to Sen Joe McCarthy during the witch trials trying to weed out communists in 1950s America.

Robert Kennedy undoubtedly did things we might consider suspect or wrong today – few historical figures didn’t. What makes Kennedy different was his willingness to learn and change. His views evolved, and the Bobby Kennedy who inspired America in 1968 held very different views to the politician of 1960.

It seems obvious to say that people change, but history is littered with examples of leaders finding facts to fit their version of the truth. Facts should drive theories, not the other way around. It’s easy to think of examples where those in power ignore blatant truths. Why? Because they made up their mind and refused to accept they were wrong. Through arrogance or ignorance society fails to change, meaning we’re stuck in an economic cycle that offers no real solutions and feeds the self-serving belief that wealth creation is the answer to all problems.

In the UK, employment and GDP is rising. GDP is used as a proxy measure for the success of a country. Wealth is being created in the UK – but how meaningful is this against the fact that poverty and food bank usage is growing? The number of homeless and rough sleepers has increased in England for seven successive years [1], but the economy is growing so all is well. We stick to our economic system that champions wealth creation in spite of the face of evidence that should be ringing alarm bells. The needs of people are put behind the demand for growth at any cost.

Happy City is one of the groups sounding those alarms –recognising that fundamental change is needed in understanding and practising economics. Happy City is calling for a revolution in economic thinking, that sees happiness and wellbeing as more important than GDP, measuring success by what really matters: equality, local conditions and sustainability. Surely it’s these indicators that demonstrate the true qualities of communities?

The charity’s Thriving Places Index, launched yesterday, makes a revolutionary case for using different measures of success and prosperity than merely the sum of our consumption of goods and services.

Robert Kennedy said that GDP ‘measures everything in short, except that which makes life worthwhile’.

So GDP can tell us everything about a place apart from why we are proud to live there. A successful society is one that allows its citizens to thrive regardless of background or wealth and to pursue the things that make life worthwhile.

We must accept that the tenacity of an idea doesn’t determine its worth and we surely can’t allow ourselves to continue on a path that leads to greater wealth at the cost of our happiness and the needs of others?

If we are willing to change our own views, as Bobby Kennedy was, we can start to work towards change.

[1] Official government data shows that on any given night in Autumn 2017 over 4700 people were sleeping rough in the UK.