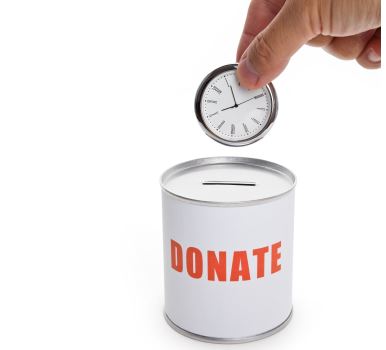 Giving wisely and without guilt

A key ingredient of a happy society is members donating time and resources to help others who are in need. This charitable activity makes the world a better place, but at Happy City we strongly believe it also helps the wellbeing of the givers. Sharing what we have not only makes us feel happier, it fosters vital social connections with our friends and community.


It is even good for our health.

When it comes to how, and who to give to, however, things start to get complicated. We are constantly bombarded – on the television, on social media, on the phone and even on the street – by requests for donations from different charities. Whether we have a little spare change or a couple of hours a week, or if we are lucky enough to be tech billionaires with foundations to our name, our resources are still limited. As individuals we simply can’t give to everyone in need! It is understandable, therefore, that we start feeling a little guilty at the thought we have helped one cause at the expense of another.

So how can we decide where to best donate our time and money?

Philosophical provocateur Peter Singer, founder of the organisation Effective Altruism, argues that we have an obligation not just to give as much as we can, but to use reason, research and scientific evidence to ensure our donations will bring about the maximum benefit for the world. This certainly sounds plausible: leaving all your worldly goods to the local cat home may seem like a waste – far better to donate it to a charity that feeds starving children! Uncomfortable as it may be, this crunching of the numbers also tell us that the benefit of time spent on sorting the family’s weekly recycling does little to mitigate the environmental impact of your decision to have a family in the first place…

So maybe we should be leaving such difficult decisions to the experts?

Surrendering our agency may make sense (and relieve us of a difficult burden) in some contexts but Singer’s calculating method of deciding where and how to give doesn’t sit well with everyone. There are valid questions of how anyone can confidently predict which charitable activities will be the most effective in the future. More worryingly, Effective Altruism’s method demands we sacrifice our personal choice and involvement in the act of giving: what we as individuals and communities value and care about should take a back seat to algorithms which will tell us how to give so as to provide the most benefit to the most people.

Of course it is good to take a step back to reflect on where we are donating and why, to question our own beliefs about the impact and value of what we are doing. For example, donating to projects that eliminate food waste may be a far more effective way of reducing hunger than projects aimed at increasing food production. But as we said at the start, there is more to giving than just the gift (and how it is spent).

True investment in our communities and selves requires that we are actively engaged.

Through the act of giving we are doing much more than merely maximising the effect of the resources we donate in the world as it is. We are fostering the social connections and environment that we need to create a new world – not merely patch the holes in the old one. However – and wherever – we choose to give, we change the world for the better. Having conversations with those around us about what matters is key to our wellbeing, as individuals and as a society. If we are doing that, then we don’t need someone else to tell us how to give without guilt.