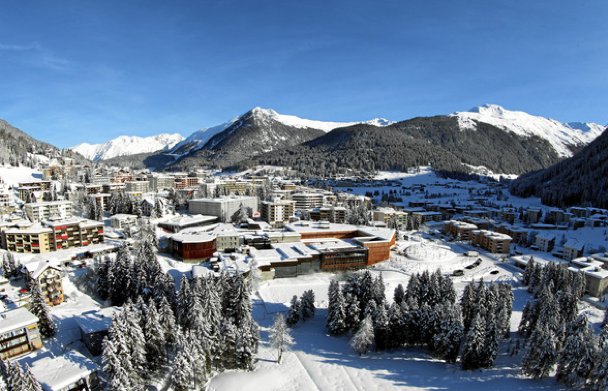 Davos debates our ‘shared future’, but local action is starting to deliver

As the world’s business and political leaders gather in Davos, Switzerland, for the final day of the annual World Economics Forum, it’s worth reminding ourselves that this year’s meeting convened under the banner ‘creating a shared future in a fractured world’. It’s a theme that begs some key questions about the economic system and where the responsibilities of governments and business lie. Will the millions of dollars spent on another opulent summit result in answers that will matter to ordinary people?

There is no doubt that today, the economy is failing to deliver true prosperity for everyone. Economic growth has created wealth at a colossal scale, but only for the lucky few. New research from Oxfam out this week found that 82% of the financial wealth created last year went to the richest 1% of the population, while the poorest half of humanity got no better off at all.

A system that creates reservoirs of riches for the wealthiest and most powerful, leaving precious little for the rest of the global population to fight over, is a system where something isn’t working.

Here at Happy City, we believe that this is because of a fundamental flaw at the heart of the economic rules and norms. Around the world, we continue to measure ‘progress’ and ‘prosperity’ based on simplistic and reductive financial indicators of GDP growth and consumption. This places a value on pollution, natural disasters, casino banking, and shopping – for things we need and things we don’t. But it entirely excludes many things that really matter, like decent wages and working conditions, homes and green spaces, the quality of education and the strength of our communities. In other words, it overlooks measures of a broader definition of human wellbeing.

There is a common misconception that ‘wellbeing’ is about kittens, yoga and middle-class street parties. I like a cute cat, a stretch and a cake with the neighbours as much as the next person, but to truly deliver a wellbeing economy means rethinking the rules of the game, and the incentives that drive the economy.

Without a shift like this, we will continue to operate under a system that guides us in the wrong direction, and economics will fail to deliver on its own objective; delivering the greatest social welfare. For the true meaning of economics to be rediscovered, we need to put core human values at the heart of everything business and governments do.

I can’t put it any better than Pope Francis did on Monday in his opening address at Davos; ‘economic models… are also required to observe an ethic of sustainable and integral development, based on values that place the human person and his or her rights at the centre.’

Around the world, work is underway to develop new measures of progress; a new economic compass that points towards a society that measures what matters and values what counts. In the last decade or so, researchers and academics, and institutions like the United Nations, have made serious efforts to develop new measures of prosperity that can get the world back on track. These are the right conversations to be having, and the kind of conversations that those attending Davos should take seriously, as they go to the heart of ‘creating a shared future in a fractured world’.

However, we also know that a global consensus may be a long time coming, and that’s why initiatives to accelerate local action are so important. In February, for example, Happy City will be launching its Index of Thriving Places – at an event somewhat more modest than Davos – that brings together a wide range of indicators that better point towards true prosperity.

Giving local authorities, local business, charities and communities the tools to dig deeper into where real progress is being made, and where it’s stalling, can boost local action to truly improve wellbeing for current and future generations. It can spark a revolution from the grassroots.

So move aside Davos. While you’re having the same conversations you had last year, groups around the world, including a small UK charity are getting on with the business of reshaping the economy so it’s fit for the future we all want.