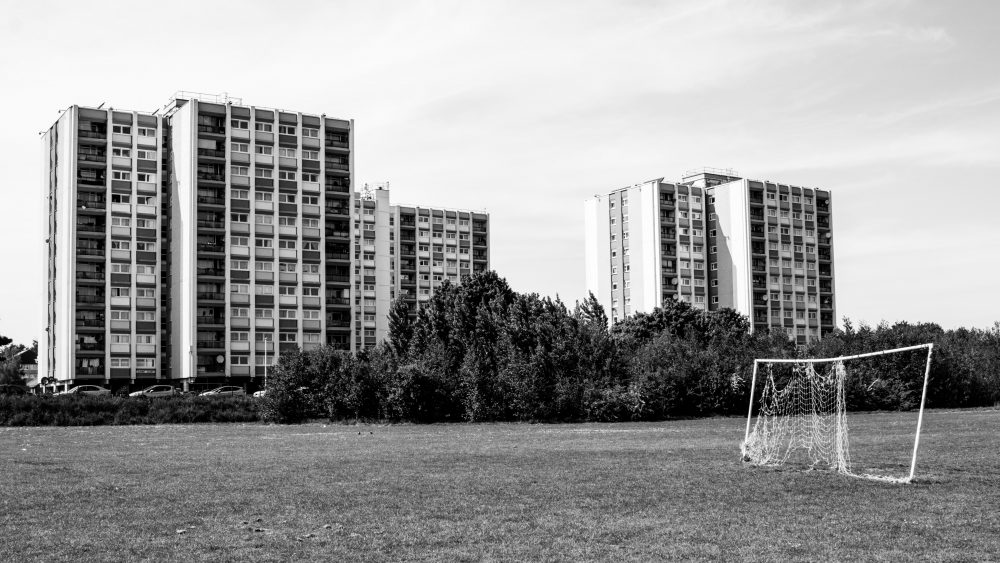 COP27 and local inequalities – two sides of the same coin

How to act locally to reduce climate change AND poverty

This month many of the most powerful people on the planet gathered in Egypt to discuss the (lack of) progress towards reducing man-made climate change and the role of global inequalities in creating and averting the crisis. But what can be done at a local level, and could it be the key to improving the lives of the most marginalised in our society?

Climate change is happening. It’s no longer possible to see it as a distant threat. It’s killing people and species across the only planet in the universe known to support complex life.

This dire situation has largely been caused by the world’s richest nations, and it’s already hitting the poorest countries in the world hardest.

Not only are those impacts seen in devastating droughts, deforestation and sea level rises, resulting in famine, death and in some cases the wiping out of whole communities and places, but growing demands for these same countries to limit their own carbon emissions to contribute to global targets, presents one of the most apparently intractable challenges for the COP27 to resolve. Is restricting carbon emissions in the places experiencing the negative impacts of global emissions the most, a double blow to their ability to improve living standards where economic growth is most clearly needed? And how could and should the richer nations shoulder more of this cost?

At this, the 27th annual COP meeting, there was finally real recognition of these global north-south inequalities and an initial agreement on how funding, action, reparation and redress can and must be delivered.

But what should be done much closer to home?

Inequalities between local areas across the UK also have a very similar two-way connection to climate change. The data here paints an interesting story that could provide a significant opportunity and a ‘win-win’ for policymakers across the UK and beyond.

The Thriving Places Index (TPI) is published for every local authority in England and Wales and has a Sustainability headline indicator, which has data about Energy Use, Waste, and Green Infrastructure. It includes indicators for local levels of CO2 emissions, domestic energy consumption, household waste and recycling, renewable electricity generation, land development and tree cover.

Below these regional patterns, it is clear that many local authorities right across the UK with higher levels of deprivation, just like poorer nations globally, are struggling to meet the twin demands of investing in sustainability measures whilst supporting vulnerable populations.

When we dig further, and compare sustainability scores with the overall Local Conditions score, then we can see that places that have better living conditions have higher absolute negative impact on the environment in terms of CO2 emissions, energy use, and waste, but they are better able to mitigate their impacts by recycling a greater percentage of waste, having more renewable energy production, more tree cover and using land more positively for the environment.

This is entirely consistent with the international pattern – ultimately wealthy countries are contributing the most to climate change (CO2 per capita), but tend to do better in terms of indicators on recycling, renewables and CO2 per $.

This is possibly unsurprising. Since those declarations were made, most local governments, public sector bodies, charities and communities have faced the triple threat of Brexit, Covid and now the extreme rise in the cost of energy, food and almost everything else. With local poverty rising sharply, focusing on this before tackling the seemingly more distant threat of the changing climate can be both practically and politically an easier option. But the data suggests that this is a false dilemma.

The data is far from simple. Many more of the high polluting industries are based in economically poorer areas of the country and there are nuanced differences between the relative climatic impact of rural and urban areas – with the latter providing more opportunities for some of the mitigation measures like recycling rates and active travel, which can give a false picture of progress.  But what this data suggests is that deprivation is not good for climate change, so tackling one must be an urgent task in tackling the other.

Further analysis of the TPI reveals some of the reasons why this relationship exists. As the world creates more means to reduce carbon usage and pollution, those means are priced out of reach for whole swathes of the ‘western world’. The TPI shows that energy efficient homes are less common in poorer local authorities in England: in local authorities with higher proportions of employees with low income (less than 70% of the median UK wage), there are also lower proportions of homes with good EPC ratings (C or above), so it will be vital that we assess regional housing needs to monitor the effectiveness of new UK laws that regulate how energy efficient new homes should be.

These problems are only likely to increase as new technologies bring lower carbon solutions for travel, energy, heating and food production. These new products and services will come at a cost – one only accessible to those on higher incomes. There is an urgent policy implication to this. How can future budgets look to prioritise the twin challenges and clearly linked solutions to the poverty and climate crises we now face? If national and local governments have any hope of reaching their many ‘targets’ to reach net zero, they need to invest heavily in making sustainable lives accessible to all.

What the TPI data, and much associated evidence around the world clearly shows, is that tackling poverty IS tackling climate change if it’s done right – and there are numerous ways to tackle climate change that will have beneficial effects on marginalised communities now and for generations to come.

These intertwined challenges have intertwined solutions. Insulating homes reduces the bills for stretched family budgets. Clean, frequent and affordable transport makes education and jobs available to those who can’t afford an electric car. Innovations in local farming and green energy production can bring affordable healthy food and free power to local homes. The list goes on and it’s real and it’s achievable.

And just as global leaders who attended COP27 are finally finding way for the richer nations in the world to support the poorer ones to tackle these twin challenges, so too do the different parts of the UK need to ensure all areas have the investment needed to avert climate catastrophe while supporting communities in every region to thrive.

Using a local roadmap like the Thriving Places Index helps decision makers see the many opportunities for win-wins and helps end the false argument that pits social justice against climate justice for good.

With thanks to Saamah Abdallah from CTP and Laura Kudrna from University of Birmingham’s Centre for Urban Wellbeing for analysis support with the TPI 2022.

Photo by Ben Allan on Unsplash